Shopping Cart
Your Cart is Empty
Quantity:
Subtotal
Taxes
Shipping
Total
There was an error with PayPalClick here to try again

Thank you for your business!You should be receiving an order confirmation from Paypal shortly.Exit Shopping Cart

Teesside Neurosurgeon and blogger downs his scalpel to pick up a quill.

The books are self-contained dramatic tales and can be read in any order; however, readers of Fred’s debut novel will welcome the familiar setting and characters in its sequel. 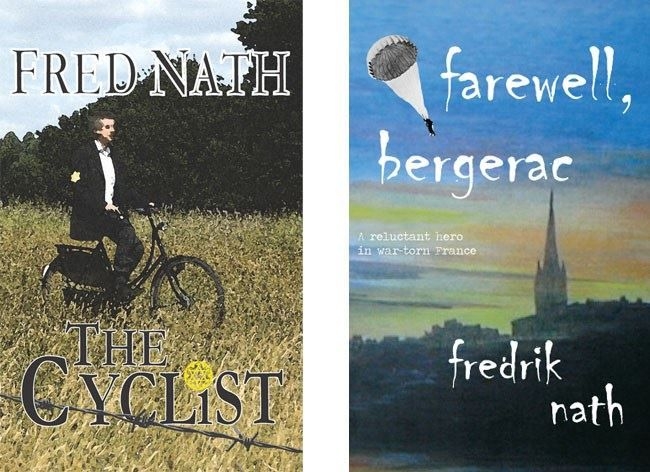 Set in Nazi-occupied Aquitaine in 1943, Farewell Bergerac centers on François Dufy, an alcoholic poacher who lives alone in the French woods. Dufy has withdrawn from life following the loss of his only son in the Spanish Civil War at the hands of the Fascists. Even the German occupation of France ceases to have meaning for him as he and his dog stalk game in the forests lining the banks of the Dordogne.

His reclamation comes when rescues a young Jewish girl from Nazi soldiers, hiding her from the invaders. Dufy begins a path of revenge, using his sniping skills to devastating effect while posing as the town drunk. He finds himself drawn reluctantly towards an inexperienced group of partisans hiding out in the forests around Bergerac. When the British parachute in a beautiful Special Ops agent, Shirley, the much older Dufy falls in love with her. But as the Nazis hunt them down in the deep, crisp woodland, nothing works out as he had hoped.

Farewell Bergerac is an unforgettable wartime tale of fragile love, loss and redemption.

Fred’s debut novel The Cyclist continues to sell strongly on Kindle and in paperback. It was hailed as an Editor’s Choice by the Historical Novels Society. They said:

“A haunting and bittersweet novel that stays with you long after the final chapter – always the sign of a really well-written and praiseworthy story.”

Both titles are published by London-based Fingerpress (www.fingerpress.co.uk). Matt Stephens, Fingerpress’ co-founder said: “We’re a young publishing company and Fred was the first author we published. We recognized at once that the books are exceptionally well written; they’re compelling adventure stories too, and immerse the reader in the French people’s heroic struggles against an invader who threatened to destroy their culture and their very lives.”

If you’d like to arrange an interview with Fred Nath, please contact Michelle Stephens at: [email protected].

Fred’s blog can be found at: www.frednath.com

Fingerpress (www.fingerpress.co.uk) is an independent book publisher based in London with a focus on helping talented new writers to get published, while bolstering the line-up with work from established authors. Its co-founder Matt Stephens has a number of books published in the UK and USA, and writes for IT news website The Register.

In addition to the novels, Fingerpress has a range of interactive, map-based travel ebooks planned, including an “Olympics 2012 Survival Guide” due for release in April.

Fingerpress books are available in print and electronic editions.